The murderous attack on the offices of the Charlie Hebdo magazine took place on the 7th of January, my birthday. I happened to be on a day trip to France for a meeting for work. I had to go through Paris on my way to Orleans and back. It was a surreal feeling to be in France while events unfolded in Paris but somewhat distant from them.

I can safely say that I will remember exactly where I was on the day the atrocity took place. I had just arrived in Orleans and had my first opportunity to check emails and Twitter. We went straight into the meeting and I did not really get details of what had happened until late afternoon. The enormity of what happened hit me. I was shocked that twelve French people had been killed at their place of work and that the two attackers were French Muslims.

Further events unfolded over the next couple of days, a policewoman was gunned down, an attack on a kosher supermarket and the final killing of three attackers, the loss of four further lives and uncertainty about the whereabouts of a woman, initially reported to have been inside the supermarket.

Two different groups were implicated in the attacks, Alqaeda in Yemen, with the magazine attack and Islamic State (IS) with the supermarket attack. One attack was associated with freedom of speech and the other, according to what has been reported, an attack on Jews simply for being Jews. In both cases Muslims were implicated, simply because the attackers declared they had carried out their attacks in the name of Islam for one reason or another.

Talk on the media quickly turned to what Muslims should do or say. Should they condemn or not? If a Muslim person who did not ask the perpetrators to carry out the attacks says nothing, does this mean s/he supports them? Of course not.

The extremist publisher Rupert Murdoch caused a storm by tweeting that every Muslim should apologise. He was rightly shunned fir this unreasonable view. Should all Catholics apologise for the many child molesting priests in their midst? Of course not.

On a radio talk show discussing the freedom of speech issue that led to all this, one contributor wanted Muslims to condemn the attacks and not follow this with a ‘but’ to explain their perspective on cartoons of the prophet Mohammed. He then proceeded to use ‘but’ himself when challenged about whether it was acceptable to make fun of the Holocaust or its victims. He argued that there was a difference.

Other contributors explained that there are laws, certainly in Britain, restricting freedom of speech. Hate speech for an example is not permitted. Speakers suspected off hate speech had been banned from the UK as their presence was not ‘conducive to the public good’.

I was troubled by all three attacks in Paris but I was particularly angry at the attack on the kosher supermarket. Hatred towards Jews has been on the rise for the past few years. Some argue that is simply old style European anti semitism and others try to link it to anger at Israeli policies and actions against the Palestinians.

As Palestinian, I never blamed all Jews in France or Britain for the sometimes abhorrent actions of Israel. It is Israeli leaders that try to establish a connection between Israel and all Jews, implying that Israel speaks for all Jews but that could not be further from the truth. The reality is that not all Jews are Zionists and not all Zionists are Jews.

Jews that support Israel’s policies are misguided and some are hateful towards Palestinians. Some go further and support Israel’s actions, continued occupation and in particular support the murderous Israeli Defense Force (IDF). Some French and British citizens fight in the IDF, have potentially committed war crimes and they should be arrested upon their return and be investigated.

Supporters of justice should engage with Jews in their countries and educate them about Israel, for they only see one side and some refuse to see the other. But I stress that I reject the notion that Israel’s murderous actions are supported by all Jews around the World.

Therefore my condemnation of the attack on the supermarket is unequivocal.

I also condemn Israeli politicians that sought to use the attack to first raise the fear of French Jews for their future and to offer them a move to Israel. Which other state would dare incite the citizens of a sovereign nation -France- to abandon their state for another and get away with it? 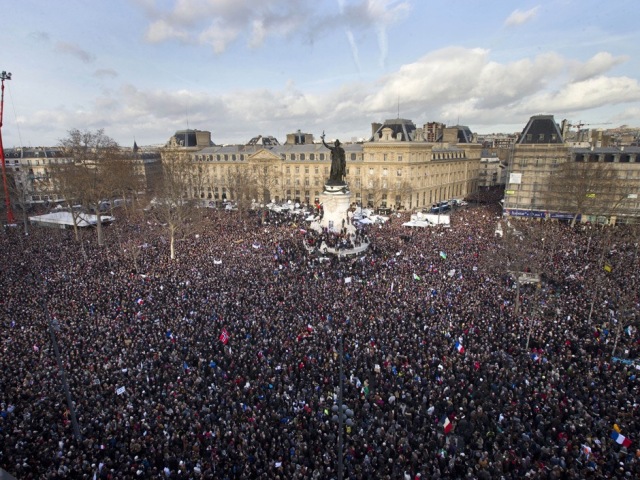 It was very revealing, according to reports in Israeli newspapers, that President Hollande did not invite Prime Minister Netanyahu to attend the Republic’s march but that the arrogant Israeli leader insisted on attending, allegedly because his political rivals Bennett and Lieberman were attending. He did this with one eye on the forthcoming Israeli elections, a cynical move that should disgust everyone, particularly French Jews.

The sight of Netanyahu leading the march against terror was genuinely nauseating and disrespectful to the memories of Palestinians from Gaza whose deaths he presided over. Here was a man who had ordered an attack on an imprisoned Palestinian population in Gaza in July of last year in which nearly two thousand civilians lost their lives, including hundreds of children. Norwegian Dr Mads Gilbert reported he had seen children decapitated by presumably US supplied Israeli bombs.

I described the Gaza attack as a terrorist attack because Israeli killed Palestinians for ‘nationalistic reason’, which they use to describe terrorist attacks against Israeli Jews.
How could a war criminal and the leader of a terrorist state be given centre stage at a march against terror? It beggars belief and upset millions around the world if Twitter is anything to go by.

I was also surprised that France did not react either during last week’s events or before now to tell Israeli leaders not to interfere in France’s domestic affairs. French Jews are French and their place is in their homeland, France. Those that choose to emigrate to any other state including Israel are free to do so, but for Israeli leaders to raise their level of fear to a point where they feel they have no choice but to leave is interfering in France’s internal affairs and the French President should have made that clear to Israel and Netanyahu in particular.

I do not want to see anyone leave a state in which they are citizens or residents because they fear for their lives or fear to express their religious identity. Their Governments should be protecting them and doing its utmost to unite their citizens and to make them all feel equally valuable. That surely is the role of a free, open democratic and equal society.

I also fear that French Jews who emigrate to Israel become part of the occupation, serving in the Israeli army and possibly living in illegal Israeli settlements. That is bad for them and for Palestinians and makes no contribution to peace.

During the last week I faced a personal challenge when it came to joining -or not- the ‘I am Charlie’ hashtag that was used by millions of people. My initial reaction was yes, but after careful consideration, I decided not to. While I abhor the murders of twelve journalists and cartoonists, I am uncomfortable with the notion that freedom of speech is sacrosanct. Even in the UK, we do not have complete freedom of speech. 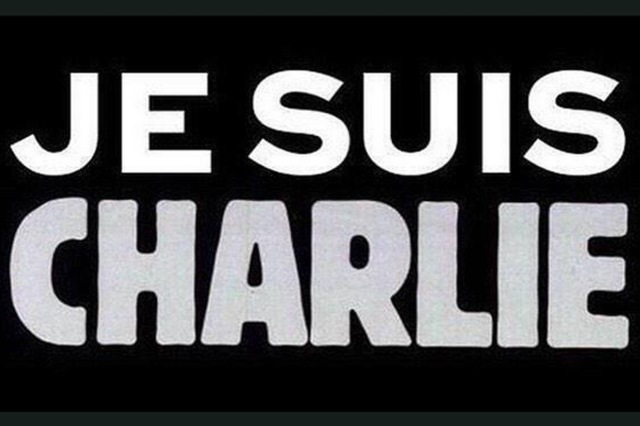 In our personal and professional lives we exercise measures of sensitivity to the other, whether a person, an ethnic group or a religion. We do not call someone we do not know well, ‘fat’ if they are overweight. We look for other ways of expressing our assessment of their weight, don’t we?

Men try their damndest not to insult a woman by commenting on her looks (if negative), weight or age. We do this to avoid upsetting them.

Religion is another subject many people broach carefully. So why not be sensitive in dealing with an issue such as Prophet Mohammed? What is to be gained from ridiculing him or portraying him in a provocative way?

I understand that the Charlie Hebdo magazine plans to publish the prophet Mohammed cartoons as an act of defiance. I really wish they would not.

My heart is with the French people, but I am sorry, I am not Charlie. Does this make me a bad person?