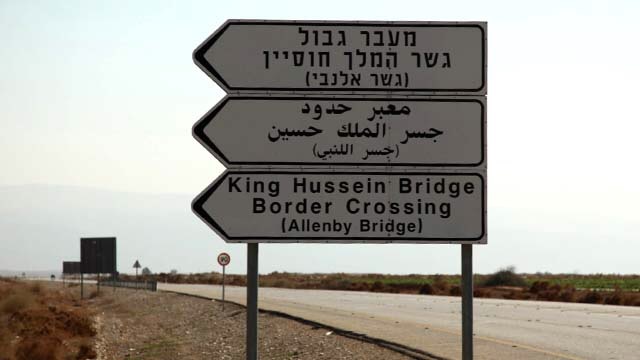 The King Hussein / Allenby bridge is the only exit point to the outside world and back for West Bank Pslestinians. The old wooden bridge is long gone and its concrete replacement links Jordan and what should be Palestine as it straddles the Jordan river. Calling it a river glorifies it. It is almost a trickle. But on the Palestinian side the border is completely controlled by Israel.

Holders of the Palestinian Authority passport can’t travel directly to the Allenby bridge. They gather at Istirahet Ariha (Jericoh Service station), where a quasi border exists between The PA areas and Israel. 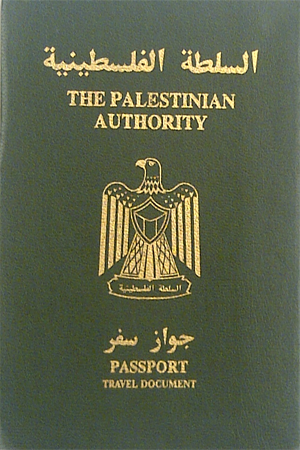 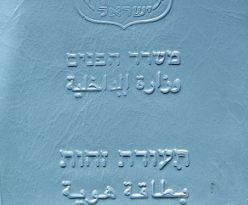 Palestinians from Jerusalem (holders of the blue Jerusalem residency card) can travel abroad through Tel Aviv airport, but in terms of Arab countries they can only fly to Cairo and Amman. Travel to most Arab countries is through Jordan. They travel directly from Jerusalem to the bridge either in a private taxi or share a bus ride. Both type of vehicle carries yellow Iaraeli number plates.

So there are two types of Palestinian here a Jerusalem Pslestinian and a West Bank Palestinian. The third type, Palestinians from Gaza are not allowed to travel via Jordan. Their only exit point is the almost permenatly closed Rafah crossing to Egypt.

To complete the story, a fourth type of Palestinian, those who are Israrli citizens can travel to Jordan and Egypt but not to other Arab countries. Members of the same family can hold different travel documents and be separated at border controls on that basis for processing.

It is truly astonishing that one people living in their homeland can have such different circumstances in their every day life but also when they travel.

On my recent trip to Palestine / Israel, I experienced this first hand. My initial entry point was Tel Aviv airport, where I was processed and admitted quickly. In the past I had endured long waits of two to three hours and some intense questioning. I was joining my wife and son who had travelled before me for a holiday with my in laws.

I had reasons to spend a few days in Jordan. We took a taxi to the Allenby bridge and we were separated because my wife holds a Jerusalem ID card and my din and I hold Britush passports but no Jerusslem ID.
We were processed reasonably quickly and were on our way to the Jordanian side. Again we were separated and had to cart the luggage around between processing points. The whole crossing experience took about three hours.
The return journey was truly upsetting and humiliating. It took about six hours from start to end.

The facilities on both sides are inadequate for dealing with the huge numbers crossing in both directions, particularly during the summer holidays. The bridge us now open for extended hours but we encountered great overcrowding. 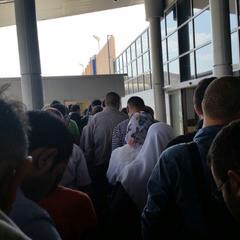 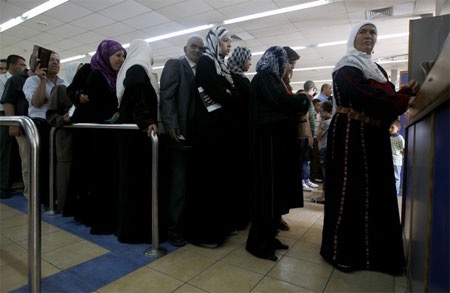 The immediate impression is that the Israelis treat the Palestinians as a lesser people. They shout at them in their broken Arabic to push them back in the various queues. If their papers are not completely in order, they send them back as if they are sending back animals. It was truly upsetting.

I heard people round me saying how humiliating the experience is. How the ‘yahud’ or Jews humiliate them as they return to their homeland. ‘When will this end’? I heard a woman ask. ‘The Yahud enjoy this’, I heard another say.

My own experience was bearable. My son and I were separated from my wife on the Jordanian side because of her Jerusalem ID, whereas we have British passports and are regarded as tourists. We were treated very well by the Jordanians, but the facility was very crowded.

Busses took us from the Jordanian to the Israeli side. Boarding was chaotic. There were a couple of waits on the Israeli side before we were allowed off. Then there was the chaos of taking the luggage off the bus and checking it through to the other side.
The personal security check took one hour due to the shear numbers. Again Israeli officials often shouting ‘Rukhi’ or go back in their broken Arabic.

An hour later we got to passport control. My wife was allowed through but my passport and Adam’s were sent to the back office. I was called an hour later and asked of my relation to my wife!

The delay and then mild interrogation were unnecessary but seemed to be designed to show Palestinians with other citizen ships who is boss, the occupier!

“What is your father’s name? Where were your parents born?” As it happens they were both born in Jerusalem. The next question was expected. “Do they have a Jerusalem ID”? No, they never did. A question repeated on two other occasions. The reason for asking the question is that if either dud, they would want to take it away, in their efforts to reduce the number that gave residency rights in Jerusalem. Again what is your father’s name, he asked?

Any way, 20 minutes later we had our visas and took transport home.
A car journey which used to take one and a half hours door to door through open borders before 1967 now can takes up to half a day and lots of humiliation.
Crossing the bridge is ultimate humiliation not only because of the testament they receive but the fact that they are reminded that Israel controls their lives, almost every aspect of it. Most do not speak to Israeli Jews except at checkpoints, to seek permits for various matters and then at the Alkenby bridge.

Israel must realise that the occupation and the humiliating interactions Palestinians have with Israeli Jews add to the hatred and do not bring acceptance.

Separation breeds mistrust and fear of the other. It is time this ended, for everyone’s sake.

2 thoughts on “For Palestinians, crossing the Allenby Bridge to/from Jordan is ultimate humiliation”