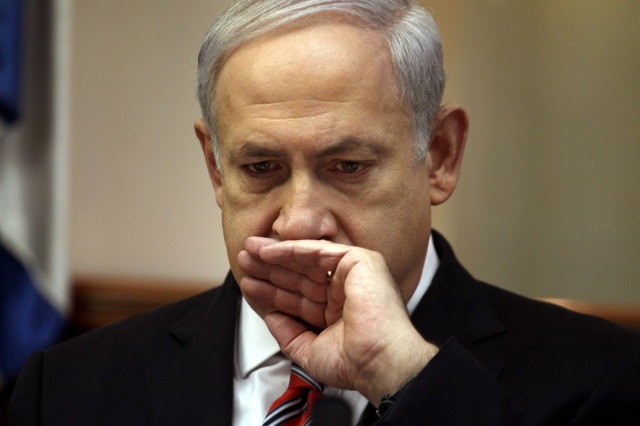 Prime Minister Benjamin Netanyahu and his settler-led Government miscalculated badly when they thought the eyes of the World were on Syria and the Iran deal and that they had a free hand in Palestine.

They forgot that they were dealing with a most resilient and fearless people, the indigenous Palestinians. The first and second intifada a seemingly a distant memory for the Zionists but historical inspiration for Palestinians.

Israeli ministers have claimed in recent months that the ‘conflict’ was no longer an issue. President Obama did not even mention it in his UN address.

Netanyahu spent most of his speech on Iran. His only reference to ‘the conflict’ was his disingenuous claim that he was ready for peace talks ‘without conditions’. He then went on to lay conditions.

The last few months saw a rabid assault on the Holy Sanctuary, Alaqsa mosque. Israel was slowly dividing it between Muslims, whose mosque it is and Jews who want to replace it with a Jewish temple. Extremist settlers and politicians led and protected by Israeli security forces made daily incursions against the will of the Palestinians.

Muslims were barred from entering when they did and those who feared for the mosque did their best to protect it. The attacks on Alaqsa raised hatred between Palestinians and Jews. Netanyahu claimed that the visits were part of the ‘status quo’, but the status quo was not designed to allow fanatics with the aim of demolishing it to visit.

Let me be clear. Muslims do not want to bar visitors to the mosque but why aren’t the visits of Jews conducted under the supervision of the Islamic Waqf?

The attacks on Alaqsa, the siege on the old city, the theft of homes and planting of settlers in East Jerusalem, coupled with the continuing oppression of Palestinians in the West Bank were raising hatred. The violence by settlers which has recently taken the firm for burning Palestinians was on the increase in Jerusalem and the West Bank. The siege on Gaza and the Lack of hope of a better tomorrow finally lit the spark for what feels like a third intifada.

Palestinians do not have weapons. They threw stones but Netanyahu ordered snipers to shoot them. This finally led to a number of young men taking to stabbings. Israel’s heavy handed response, including home demolitions ignited wider clashes. Execution style killings in Jerusalem and most recently in Afula of a young woman from Nazareth have fuelled heavier and more widespread clashes.

Netanyahu’s response was to say that it was a ‘war to death’. The archetypal inciter of hatred has succeeded in triggering violence that he thinks he can be ended with more Israeli violence. He forgets that the Palestinians have a higher pain threshold both emotional and physical than his electorate.

He has watched clashes spread from Jerusalem to the West Bank to Gaza and to the 1948 areas inside the Green Line.

Netanyahu is fully to blame for the current events. He has miscalculated and his ‘deafening silence’ stunt at the UN must now seem a distant memory.

What Netanyahu needs to do is to end the siege in the old city of Jerusalem and end the uncoordinated tours of Alaqsa mosque and that is for starters.

For Israelis now, it isn’t Iran or Syria that worries them. It is the third intifada.