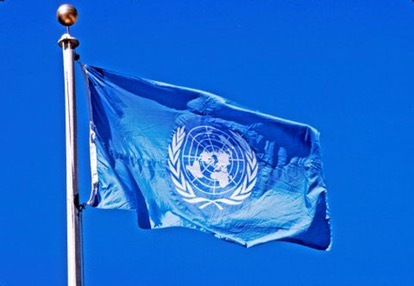 The vote on UN Security Council Resolution 2334 on the illegality of Israeli settlements in occupied Palestin­ian territories brought relations among the international body, Israel and the future US administration to a head.

The United States unusually abstained on the resolution that criticised Israel while all other members of council voted in fa­vour of it. Israel was outraged, particularly since it thought it had managed to have the text taken off the table after Israeli officials and the incoming Donald Trump administration pressured Egypt to withdraw it. However, the resolu­tion was brought forward 24 hours later by New Zealand, Senegal, Malaysia and Venezuela.

Israel called the resolution “shameful” and immediately recalled its ambassador to New Zealand, punished Senegal by can­celling aid agreements and hauled in all other remaining ambassadors for a telling off at the Ministry of Foreign Affairs.

The matter did not end there. Is­rael threatened to cut its contribu­tion to the United Nations, thought to be $40 million a year, in protest of the resolution. It recently an­nounced that it would withhold $6 million of that contribution, which a Twitter posting by Israeli Ambas­sador to the United Nations Danny Danon claimed “represents the portion of the UN budget allocated to anti-Israel bodies”.

He argued that “it is unreasona­ble for Israel to fund such entities” but did not elaborate on which bodies would be hit by the cut.

The passing of Resolution 2334 also created ructions in the United States, with US President-elect Donald Trump claiming the resolu­tion would “make it much harder to negotiate peace” but also tweet­ing that, as to the United Nations, things would be different after he is sworn into office January 20th.

The US House of Representa­tives overwhelmingly approved a non-binding bipartisan resolution that rebukes the United Nations for criticising Israeli settlements. The resolution called for the Security Council resolution to be “repealed or fundamentally altered”. A simi­lar bipartisan measure has been introduced in the Senate.

That may not be enough for Israel or its supporters in the United States. Lawmakers, includ­ing US Senators Lindsey Graham, R-South Carolina, and Ted Cruz, R-Texas, want to see US funding to the United Nations cut unless the Security Council repeals Resolu­tion 2334.

The call was supported by Israel’s Ambassador to the United States Ron Dermer, who told Fox News: “I think a new president and Congress that wants to make sure that every penny of your money is going to something that protects and defends and advances US interests — I think there’s a lot of changes that could happen at the United Nations.”

If implemented, the cut in UN funding would not be the first such incident. In 2011, the United States and Israel withheld funding for UNESCO following the admission of the Palestinian territories to the UN agency. The move resulted in the suspension of the two coun­tries’ voting rights two years later.

The United States pays 22% of the world’s contributions to the UN budget, much more than any other country. By comparison, Israel’s contribution is 0.4%.

The effects of a serious cut in US funding of the United Nations would be severe. While the most visible activity of the United Na­tions in recent weeks has been through the Security Council, much of the work the world body and its agencies do is largely invis­ible to the masses.

The United Nations works on some of the world’s most pressing challenges from the humanitarian needs of survivors of earthquakes in Japan and Haiti to political crises and violence in Iraq, Libya, Syria and Afghanistan.

Not only is funding important to the United Nations’ operation but so too is America’s leadership and engagement.

Despite the very legitimate scepticism about the ability of the United Nations to deliver on security and justice in the Middle East and despite Israel’s contin­ued violations of Security Council resolutions, the United Nations remains a critical organisation for the people of the region.

As Resolution 2334 showed, there are times when the United Nations can help Middle Eastern causes by, at the very least, keep­ing them at an appropriate level of prominence. This is what Resolu­tion 2334 did and its ramifications continue.

It is worth noting that the name “United Nations” was coined by US President Franklin D. Roosevelt and was first used in the Declara­tion by United Nations of January 1st, 1942, when representatives of 26 countries pledged their govern­ments to continue fighting against the Axis powers in the second world war.

It would be ironic if the same country were to put the future of the United Nations in jeopardy by severely cutting its contribution to the world body.

Protesting the UN resolution on Israel’s illegal settlements could lead to the destruction of the United Nations.

One thought on “Could the Palestine-Israel conflict destroy the UN?”