First published by the Middle East Monitor on 5/4/2017 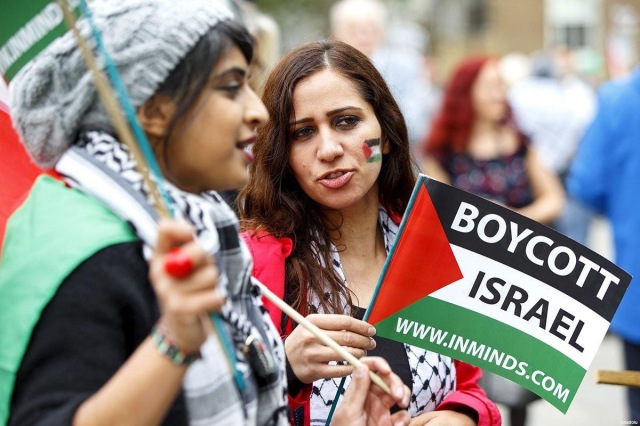 Palestinians were delighted to see 2016 end with the UN Security Council passing resolution 2334 which reaffirmed the illegality of Israel’s settlement enterprise. The passing of the resolution was facilitated by the US abstention in the dying days of Obama’s administration. The UK played a key role in the drafting of the resolution and then voted in favour.

While not formally denying its involvement in drafting the resolution, the Foreign Office stressed “the resolution was proposed and drafted by the Egyptian delegation”, adding that the UK, as one of the five permanent members of the security council, “engaged with” the text “as we do with all security council texts”. At the time, this put the UK on a collision course with Israel and raised the spectre of a disagreement on Israel and Palestine with the incoming Trump administration.

Whatever pressure was applied on the UK worked rather quickly as Prime Minister Theresa May heavily criticised outgoing US Secretary of State John Kerry’s speech on the Palestinian-Israeli issue delivered as he was about to leave office. He concluded that the two-state solution was “in jeopardy” and laid much of the blame at Israel’s expansionist settlement policy, driven by “the most right-wing government in history” and arguing that “the settler agenda is defining the future in Israel. And their stated purpose is clear: They believe in one state: Greater Israel,” Kerry said. He added that, “If the choice is one state, Israel can either be Jewish or democratic, it cannot be both, and it won’t ever really be at peace.”

In a statement on Kerry’s speech, Number 10 made clear a more broad-ranging approach was needed to encourage peace and that “…the settlements are far from the only problem in this conflict. In particular, the people of Israel deserve to live free from the threat of terrorism, with which they have had to cope for too long”. In what was seen as a rebuke to Kerry, the prime minister’s spokesman said that Britain did not believe “that it is appropriate to attack the composition of the democratically-elected government of an ally. The Government believes that negotiations will only succeed when they are conducted between the two parties, supported by the international community.”

An explanation of May’s position was provided by Conservative MP and member of the Conservative Friends of Israel, Mike Freer. He argued that the prime minister had been “blindsided” by the Foreign Office which he described as having “a patchy record at the UN regarding Israel. This too I suspect may now change.”

In what seems to be a re-orientation of its policy on Palestine and Israel, the UK then refused to send a high-level delegation to the Middle East peace conference organised by France just five days before Trump took over as US president. The UK was the only major stakeholder in the conflict to send a low-level delegation while 36 foreign ministers as well as the US Secretary of State were in attendance. The attendees saw the conference as an opportunity to restate the international community’s commitment to a two-state solution and to express opposition to a move of embassies from Tel Aviv to Jerusalem.

A Foreign Office statement said: “We have particular reservations about an international conference intended to advance peace between the parties that does not involve them – indeed which is taking place against the wishes of the Israelis – and which is taking place just days before the transition to a new American President when the US will be the ultimate guarantor of any agreement.” The statement further argued that, “There are risks therefore that this conference hardens positions at a time when we need to be encouraging the conditions for peace.”

The UK’s position on the Paris conference was a sign of departure from longstanding positions allied to those of the EU to ones that seemed to be looking across the Atlantic to the future Trump administration.

If further confirmation of the shift of UK policy was needed, then this came at the United Nations Human Rights Council (UNHRC) 34th session. The UK’s stance surprised most commentators as it changed its voting policy under item seven on the agenda which requires that Israel’s human rights record be discussed and scrutinised three times each year.

On this occasion, the UK representative to the UNHRC made a scathing attack against the Council, accusing it of “bias against Israel”. He further argued that, “The persistence of bias, particularly the disproportionate volume of resolutions against Israel, undermines the council’s credibility as the globally focussed and objective international human rights body we all want and need.”

Placing the UNHRC “on notice” the representative concluded that if things did not change soon, “in the future we will adopt a policy of voting against all resolutions concerning Israel’s conduct in the Occupied Syrian and Palestinian Territories.”

More recently, reports emerged of reluctance by the UK to issue a diplomatic visa to the PLO’s new representative in London, Ma’en Erekat. In an interview with the London-based Al-Quds Al-Arabi newspaper, PLO Chairman and PA President Mahmoud Abbas implied that the UK was trying to “scale back” the status of the mission and that it was trying to “put restrictions and obstacles. But we told them that we want to be treated like before, to deal with the new ambassador just like the former ambassador.”

The UK would claim that its position has not changed. That it is still for a negotiated settlement based on the two-state solution, which was reiterated by Foreign Secretary Boris Johnson on his most recent trip to Israel and the Occupied Palestinian territories.

“Israel has first and foremost an absolute right to live in security, and the people of Israel deserve to be safe from terrorism,” Johnson said, stressing Britain’s “rock-like” support of the country. But he later added: “Of course we must also try to remove obstacles to peace and progress such as the settlements”. However, Britain’s most recent positions outlined earlier indicate a change of policy which seems to be moving away from the EU’s position to one more closely aligned with the Trump administration.

That should be very worrying to Palestinians as the US government is taking an unashamedly pro-Israel line, arguing Israel has been “treated unfairly”, that the settlements are merely “unhelpful” rather than illegal and that it should be left to the two sides to come up with a solution, ignoring the asymmetry of the situation. There is no acknowledgement of the history of the conflict and the injustice that befell the Palestinians through the creation of Israel or its continued serial violations of international law, international humanitarian law or even its immediate refusal to adhere to UNSC Resolution 2334 amongst tens of resolutions it has defied. There is no room for any criticism of Israel in Trump’s world.

As the UK seeks trade deals following Brexit, it is looking at the US and Israel as two close allies who might deliver deals quickly after exiting the EU. The powerful pro-Israel lobbies in the US and the UK will bring pressure to bear on the UK to side with Israel rather than with the weak Palestinians. It will celebrate Balfour’s centenary, or “mark it with pride” as the prime minister characterised it, with complete insensitivity to the Palestinians and their plight. In light of this, it is clear that the UK’s policy is moving towards greater protection of Israel while it abandons the Palestinians, just as it did in 1948.