Our Arab brothers – as none of our leaders are women – have stabbed us in the front and the back, abandoning us politically while embracing Israel.

Israeli flags could soon be flying in the skies of some Gulf states, while they pressure the Palestinian leadership into accepting a “peace” deal that is unacceptable.

I say this as a Palestinian who has watched sickening images of a beaming Benjamin Netanyahu – the leader of an oppressive apartheid state, with bucketloads of Palestinian and other Arab blood on his hands – being welcomed with open arms, together with his wife, by the ailing sultan of Oman.

Setting aside his leadership of the settlement enterprise, repeated wars on Gaza and the killing of hundreds of peaceful Palestinian protesters at the Gaza fence, Netanyahu recently dismissed the five-decade occupation of the Palestinian territories as “nonsense”. He also fast-tracked Israel’s nation-state law, enshrining apartheid into Israel’s basic law.

Netanyahu’s surprise trip to Oman was closely followed with a visit to the sultanate by Israeli Transport and Intelligence Minister Yisrael Katz. At the International Road Transport Union meeting in Muscat, he outlined Israel’s plan for a railway that would link the Gulf states via Jordan with the Mediterranean through the port of Haifa. This is the same extremist minister who called for the “targeted killings” of leaders of the peaceful boycott, divestment and sanctions (BDS) movement in 2016.

Haifa is just 130 kilometres south of Beirut. A united Arab world, working for its people, should be making Beirut the Mediterranean destination of the train line, bringing Syria into the project and bypassing Israel. It could use the achievement of a just peace between Israel and the Palestinians and the return of the Golan Heights to Syria as the precondition for linking to an Israeli port.

As if welcoming two Israeli ministers to Oman was not enough, Israel scored a normalisation hat-trick with the bizarre visit of Israeli Culture Minister Miri Regev to the United Arab Emirates, where she laughed and joked with her hosts in the Sheikh Zayed mosque in Abu Dhabi. This is the same extremist minister who labelled African asylum seekers as “a cancer in our society”.

Regev was in the UAE to see the Israeli Judo team compete in the Abu Dhabi Grand Slam. A gold medal for Israel’s Sagi Muki saw the Israeli flag raised and the national anthem, Hatikva, played for his win. Back in Jerusalem and Hebron, Israel sought to silence the adhan, the Muslim call to prayer, because it disturbs the illegal settlers’ sleep.

Qatar recently hosted the World Artistic Gymnastics Championships and allowed an Israeli team not only to participate, but also to display Israeli national emblems. Qatar was one of the first Arab countries to open an official Israeli trade mission in 1996, and its news channel, Al Jazeera, was the first Arab TV station to host Israelis, citing its mission to allow both sides of the story to be told. 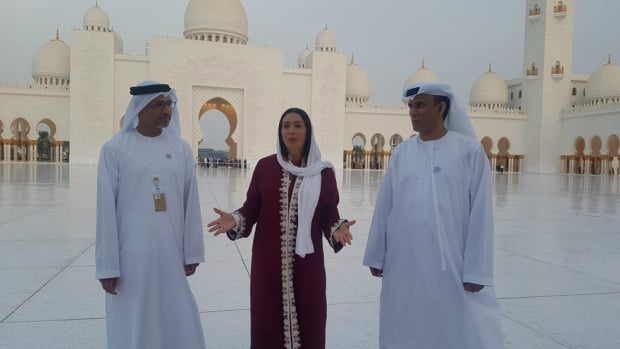 Meanwhile, Israeli Communications Minister Ayoub Kara said in February that he had met with Prince Mubarak Al Khalifa of Bahrain in Tel Aviv while he was visiting Israel. Kara said they met “to strengthen the relationship between our two countries”, boasting of the encounter as a sign of growing relations between Israel and Bahrain. In July, Bahrain hosted Israeli diplomats attending a UNESCO conference.

There have also been examples of Saudi officials visiting Israel or openly engaging with Israeli officials in other countries, including Prince Turki Bin Faisal and retired General Anwar Eshki. There were rumours the Saudi crown prince himself had visited Tel Aviv, though Saudi Arabia denied this. Saudi Arabia has also allowed Air India to fly through its airspace en route to Tel Aviv, in what may be a prelude to opening Saudi Arabia’s skies to Israeli carrier El Al.

This is normalisation on steroids, checked only by a small number of countries. In the Gulf, only Kuwait continues to oppose any warming of ties with Israel, while Tunisia and Algeria stand out in North Africa. Israel has formal ties and peace deals only with Egypt and Jordan, which have endured various stresses and strains but brought neither country the same benefits Israel has gained, particularly in terms of security and quiet on its borders.

There is no doubt that on the Arab street’s support for Palestinian rights is still strong. It is at the regime level where the once-clandestine ties with Israel are now out in the open. Israel has successfully frightened the Gulf states in particular into a form of “Iranophobia”, sending them running for protection to the US, which has in turn convinced them that Israel is not an enemy but an ally.

US President Donald Trump has been quite brutal in reminding them how vulnerable they are – not only to an Iranian threat, but to any threat. He recently told King Salman of Saudi Arabia: “You might not be there for two weeks without us. You have to pay for your military.”

Former Saudi King Abdullah offered Israel the Arab “peace initiative” in 2002, while Yasser Arafat was under siege in Ramallah. It offered Israel a normalisation of relations with the Arab world if peace was achieved between Israel and Palestine. Israel never accepted this plan, and the Arabs have now bypassed it, without even an Arab League summit to bury it.

In return, Israel has offered nothing, except for a shared fear of the Iranian threat and increasing supplies of security software and military hardware. It continues to threaten the sanctity of Muslim holy sites in Jerusalem and Hebron and to deny Palestinians their legitimate rights. It has no plans to accept a just peace with Palestinians or to return the illegally occupied Golan Heights to Syria.

If the normalising Arabs think that Israel would send its jets to protect their thrones in the unlikely event of an Iranian attack, then they are deluded, or at best, badly advised. It will sit back and enjoy seeing their respective countries destroyed, as it did watching the powerful Syria and Iraq reduced to rubble. I do not want to see that happen.

The situation is recoverable. They can change course and reinstate a united Arab front in support of Palestine and against apartheid Israel. They need look no further for inspiration than Paraguay, which had initially announced it would follow the US in moving its embassy from Tel Aviv to Jerusalem, only to reverse that decision.

That did, of course, come after a change in Paraguay’s leadership.

– Kamel Hawwash is a British-Palestinian engineering professor based at the University of Birmingham and a longstanding campaigner for justice, especially for the Palestinian people. He is a regular columnist and appears regularly in the media as a commentator on Middle East issues. He runs a blog at www.kamelhawwash.com and tweets at @kamelhawwash. He writes here in a personal capacity.