Israel knows it has a strong ally in the Conservative Party, while Labour positions its policy firmly in support of justice and international law 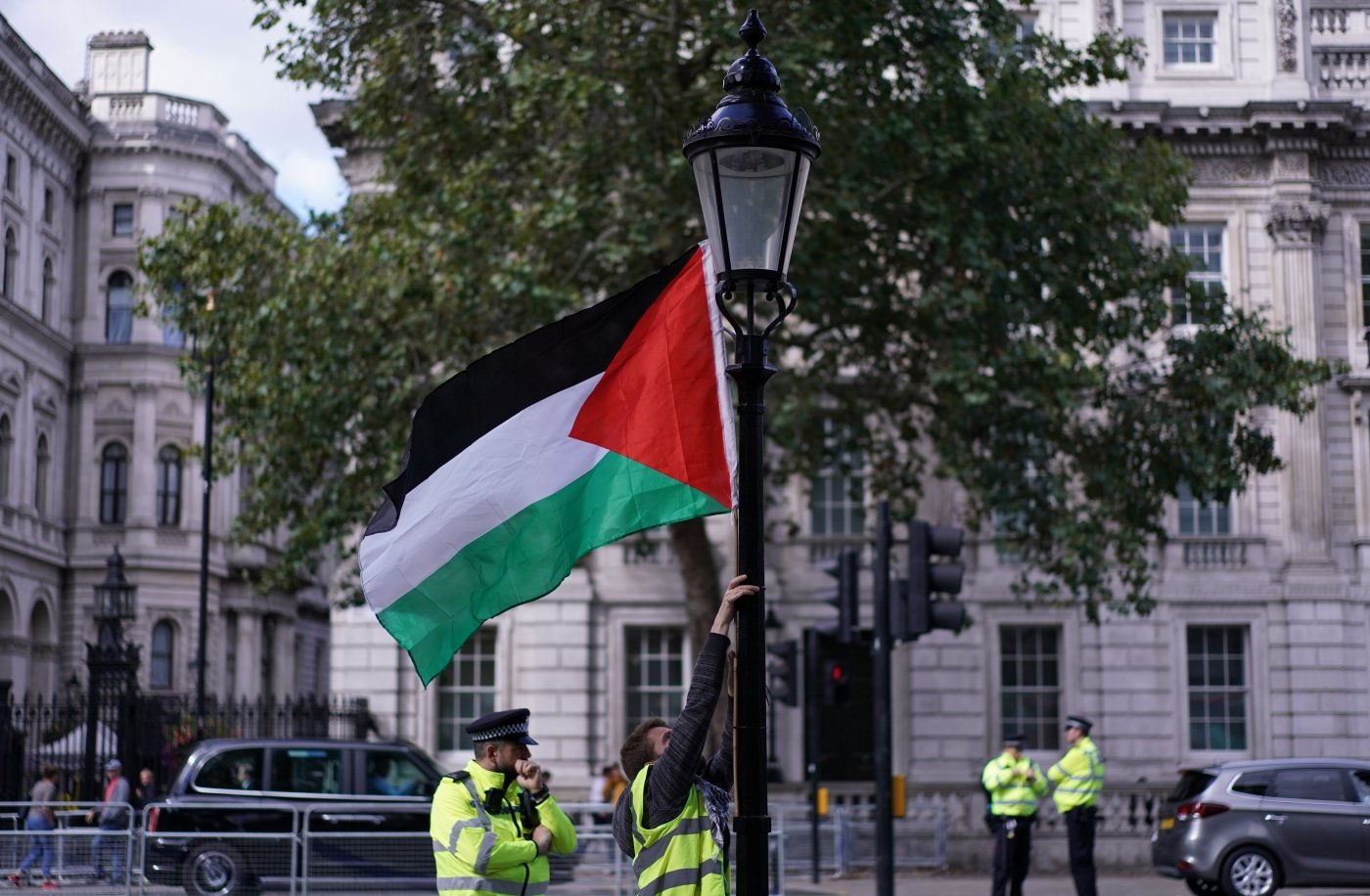 With days to go until the 12 December polls, political parties competing in the UK general election have issued their manifestos. Brexit still dominates discussions, followed by the issue of trust.

While current prime minister and Conservative leader Boris Johnson has struggled to shake off a record of mistruths and racism, Labour leader Jeremy Corbyn has been unable to shake off mistrust from the Jewish community amid allegations of antisemitism.

Meanwhile, although it is low on the pecking order of policy commitments, I have taken a look at what the main parties and some of the smaller ones have to say about the Palestinian-Israeli conflict.

The Liberal Democrats, under new leader Jo Swinson, did not express a position on the conflict in their manifesto, despite having among their MPs the first UK lawmaker with Palestinian heritage, Layla Moran. The Liberal Democrats are campaigning to remain in the EU, and see their foreign policy and approach to human rights as coming though that institution.

The Scottish National Party (SNP) has been supportive of the Palestinian cause and has committed in its manifesto to “continue to work with international partners to progress a lasting peace settlement in the Middle East, pursuing a two-state solution for Israel and Palestine”.

The SNP says it will continue to urge the UK government to “immediately halt all military support and arms sales to regimes guilty of violations of human rights and international humanitarian law”.

With Israel’s 71-year record of abuse of Palestinian human rights, there is certainly a case to be made for its inclusion in that list.

When it comes to the Palestinian-Israeli conflict, Israel knows it has a strong ally in the Conservative Party, while Palestinians can at best expect a reiteration of longstanding policies related to the two-state solution, the illegality of settlements – which are condemned regularly, but with no real action – and Israel’s “right to defend itself” against almost anything it considers a security threat.

The Conservative manifesto mentions the conflict under a section headed “Promote our values”, which begins with the claim that “the UK has long been a beacon of freedom and human rights – and will continue to be so”. The UK would “continue to support international initiatives to achieve reconciliation, stability and justice across the world”. The commitment in the Middle East is only to “maintain our support for a two-state solution”.

While the manifesto lays out a strong commitment to champion human rights once outside the EU, it is highly unlikely that Israel would be one of the countries this commitment applies to.

In fact, under the “Supporting all victims of crime” section, comes a policy that is undoubtedly designed to protect Israel from the boycott, divestment and sanctions (BDS) movement, though this is not stated explicitly. This would be done through the government committing to “ban public bodies from imposing their own direct or indirect boycotts, disinvestment or sanctions campaigns against foreign countries”. The reason given is that such campaigns “undermine community cohesion”.

In a recent Supreme Court appeal brought against the government by the Palestine Solidarity Campaign, on whether local authority pension schemes can divest from companies complicit in human rights abuses, the government argued that this constitutes interference in the setting of foreign policy, which it argues only national government can set. 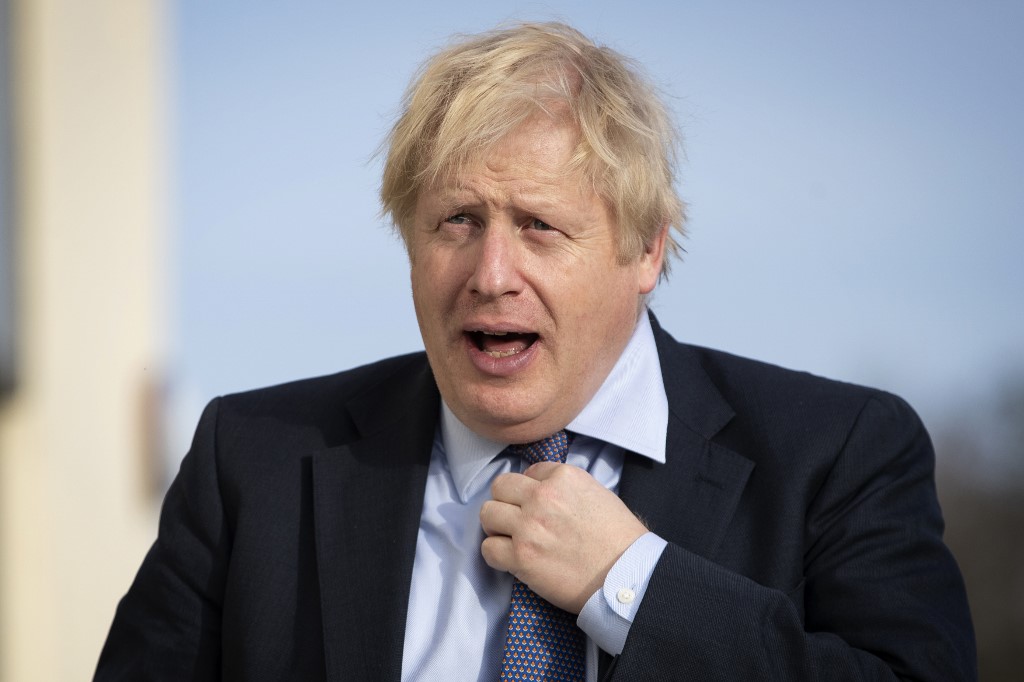 This final appeal resulted from an initial judicial review that determined the government had acted unlawfully by imposing restrictions. It is therefore possibly significant that the manifesto also commits to ensuring that “judicial review is available to protect the rights of the individuals against an overbearing state, while ensuring that it is not abused to conduct politics by another means or to create needless delays”.

Palestinians cannot take any comfort from the Conservative manifesto. They should worry that if a Tory government is returned, a cabinet biased in Israel’s favour may well succumb to pressure from the Trump administration to follow the precedents set over the past three years, further damaging the Palestinian cause.

Will the price for a trade deal with the US as Britain exits the EU be a move of the British embassy to Jerusalem, and a change in the country’s position on the settlements? I would not be surprised.

The Labour Party has had a more supportive policy towards the Palestinian people in recent years, which predates Corbyn. His predecessor, Ed Miliband, was instrumental in the UK House of Commons passing a motion urging the government to recognise Palestine as a state. Under Corbyn’s leadership, the party has gone further, committing to recognise Palestine immediately once in government.

The Labour manifesto commits to “a comprehensive peace in the Middle East based on a two-state solution”. It positions its policy firmly in support of justice and international law, which is significant considering the US administration’s recent move to defy this when it comes to illegal Israeli settlements.

An important further commitment comes in relation to arms sales, promising to immediately suspend the sale of arms not only to Saudi Arabia for use in Yemen, but also to Israel “for arms used in violation of the human rights of Palestinian civilians”.

It also promises to “conduct a root-and-branch reform of our arms exports regime so ministers can never again turn a blind eye to British-made weapons being used to target innocent civilians”.

There is some hope in the Labour manifesto, but is it enough? I believe that if it was not for the unprecedented campaign to stop the Labour leader from becoming prime minister, the party would have gone even further to support the legitimate Palestinian cause.

With the recent centennial of the Balfour Declaration, Palestinians are entitled to ask whether British political parties that talk the talk about human rights and international law will walk the walk, taking steps to bring Israel to account and to find justice for their cause.

If they hope the next government will begin the process of Britain finally atoning for its sins against them, which led to the creation of Israel in 1948 in their homeland against their will, then they will be mightily disappointed, whoever wins.

Much work needs to be done by supporters of Palestine in Britain before that happens.