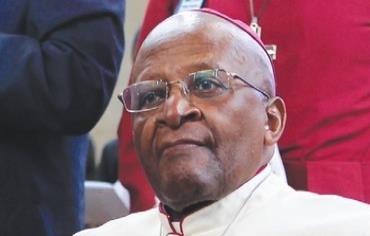 The ‘A’ word, Apartheid has become inextricably linked to the ‘I’ word, Israel. The latest warning by the weary US Secretary of State, John Kerry, that Israel risks becoming an Apartheid state if the two state solution expires is not the first time the link has been established. In fact past Israeli Prime Ministers Barak and Olmert both warned this association was on its way.

In its editorial on the 28th of April, Haaretz confirms that Apartheid is already practiced through the planning system in area ‘C’, though this is also the case in East Jerusalem where securing planning permission for Zpslestinians is neigh on impossible.

But Apartheid in the West Bank is even more obvious through separation of Jews and Palestinians whether through settler only roads, busses or Jewish only settlements.

Israel of course denies that it practices Apartheid, and numerous pieces have been written analysing the racist practices in Israel and those under Apartheid on South Africa. You wonder whether those authors prefer Israel being called a racist state to an Apartheid state. Either way, it is a state that discriminates as a way of life. Jewish Israelis have full citizens’ rights but no other group does.

When it comes to the Apartheid comparison, you would think that South Africans know best. When eminent figures like Desmond Tutu says Israel practices Apartheid, we should all take note.

The US Secretary of State is beating his head against a brick wall in trying to warn the current Israeli Government about the future. He sees the ‘danger’ to Israel if becoming a single Apartheid state if the two state solution dies. But Israel’s leaders just don’t get it. They only see an opportunity to build more Jewish only homes in the West Bank including East Jerusalem. After all they did this in the past and they became facts on the ground. ‘Major settlement blocks’, they say will not be evacuated in any ‘peace deal’.

The more they build the less chance there is of a Palestinian state. They are right if course. But, what happens to the Palestinians? That is the question current Israeli leaders cannot openly answer at this moment in time but they think that they can cope with it.

They thought joint Israeli-US pressure would have brought the Palestinians to their knees in the current round of talks. They thought President Abbas would have signed a surrender deal that would have ensured a ‘peaceful occupation’, but they seem to have miscalculated.

There is a general consensus that failure of the talks was due to Israeli actions. After all they carried out illegal acts in building more settlements whereas Abbas pursued legal acts through seeking membership of UN agencies and other accords and worked to unify his people.

Israel’s Hasbara has failed miserably. It is increasingly isolated and the BDS campaign is registering success after success. There is no room in the 21st century for a state to practice Apartheid with impunity. The writing is on the Wall, the Apartheid Wall!