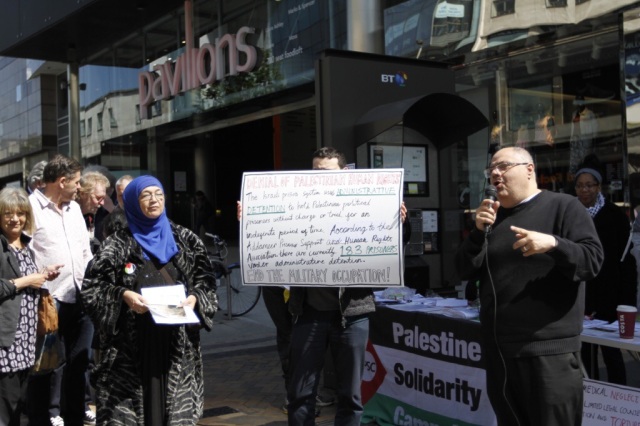 Birmingham city centre stood in solidarity with Palestinian prisoners, particularly 200 Administrative detainees on hunger strike since the 24th of April. The month of May is particularly poignant when one considers that 66 years ago, Zionist terrorists were busy ethnically cleansing 500 Palestinian towns and villages, forcing 800,000 native Palestinians into exile.

The West Midlands Palestine Solidarity Campaign organised the vigil together with Birmingham Trades Council. The crowd called for the Palestinian detainees to be charged or released without delay and commemorated the Nakba or Catastrophe when Zionists violently stole Palestine to create Israel.