Pope Francis is making a historic trip to the Middle East. He was made very welcome in Jordan. He deliberately landed in Bethlehem for his trip to Palestine and at the time of writing had landed in Israel. This is a tricky trip as he manoeuvres around tricky issues including the logistics. Each state wanted him to formally land in their patch and he has gone this. This did necessitate a 60 km detour from Bethlehem to TelAviv by helicopter before returning to Jerusalem. The distance between Bethlehem and Jerusalem is about 10 km.

He only spent a few hours in Palestine but this was hugely symbolic. The Israelis will be furious about his stopover at the Apartheid wall. 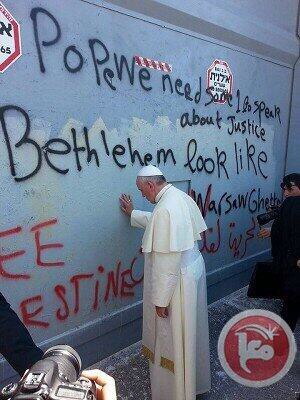 He was welcomed at Tel Aviv airport by President Peres. Whatever thoughts he had the picture with Peres does not show a happy Pope. Perhaps he was thinking, “this man was part of the leadership that built that ugly wall”. Of course he was also sitting next a nan the Palestinians and the Lebanese believe to be a war criminal. 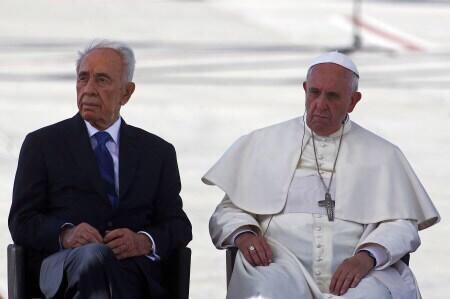 The Pope will make the essential visit to stash Vadim but also to Theodore Hertzel’s grave. He will hold a meeting in the room where Christians believe Jesus held the Last Supper. He will be aware that extremist settlers object to his visits that room and to negotiations between the Vatican and the occupying state, Israel about ownership of that site.

Another controversial meeting will be with the Lebanese Maronite Patriarch of Antioch. Lebanese citizens do not normally visit Israel but the Patriarch shrugged off criticism and went.

When it comes to the Palestine Israel conflict, the Pope has called the current stalemate ‘unacceptable‘. His response was to invite the Presidents of Israel and Palestine, Abbas and Peres to the Vatican.

On the face of it, this is helpful and the sort of initiative only someone like the Pope can take. Sadly though, I believe it to be counterproductive. Peres is not part of the Israeli Government. His position is ceremonial. It is Netanyahu and his extremist settler Government that has scuppered any chances of peace and has effectively rendered a two state solution dead. Netanyahu recently reprimanded his Chief Negotiator, Levni for meeting Abbas on London, so is hardly likely to use the Presidents’ meeting as a launch pad for peace and reconciliation. 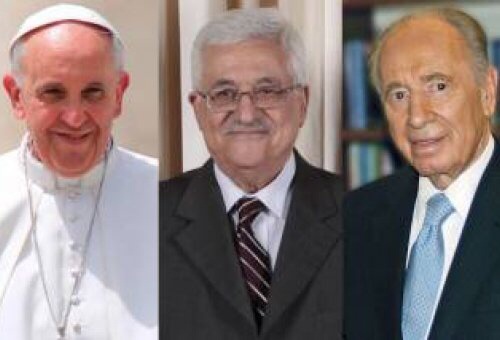 True to form, Israel announced the addition of new houses to the illegal settlement built on the stolen land of Javal Abu Ghnaim, overlooking Bethlehem, while the Pipe was still visiting hostori Palestine. Could this be a ‘Price Tag’ attack by the settler Israeli Government in response to his prayer at the Apartheid Wall?

This rogue state doesn’t even show courtesy to its Holy visitor or to friends like Byden or Kerry.

On Palestine TV, Former Palestinian negotiating team member, Mohammed Shtayyeh said Pope not inviting Netanyahu to Vatican is slap in the face and a message to him that he is not a man if peace.

Abbas, Peres to plant olive tree at Vatican ceremony. This is a bit like an individual receiving a Nobel Peace a Prize before bringing peace to a conflict zone!