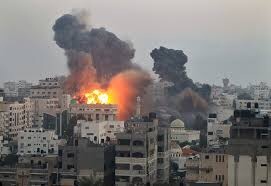 The current question everyone is asking is about a ceasefire. Surely everyone wants it and the casualties would stop. I am for an immediate ceasefire but one that ends this periodic rise in tensions and the horrific deaths that accompany it.

I believe that Israel was wholly to blame for the events that led to the carnage in Gaza. Israel and specifically Netanyahu, blamed Hamas for the abduction of three settlers in Hebron. It provided no proof and has not captured those it claims carried out the attack and subsequent murder of the young settlers. This did not stop it from embarking on a campaign if terror in the West Bank, which included its own abductions, house raids, house demolitions and attacks on Gaza, which even geographically is disconnected from Hebron.

Israel therefore either sought this aggression or fell into it. I believe it was the former. The shear idea of unity between Gaza and the West Bank, between Fatah and Hamas and a subsequent Government of National Agreement was a game changer. Netanyahu and his settler Government wanted Mahmoud Abbas to halt this and when he did not, they took matters into their own hands.

They need the PA’s security cooperation and therefore they didn’t go for Abbas, they went for Hamas. After provocation, Hamas started firing rockets and Israel unleashed its terror campaign.

Sirens sounded intermittently in many Israeli towns and cities. Had Gaza had sirens, they would have sounded continuously since the start of Israel’s non stop bombardment.

Initially, the PA played the role of ‘honest broker’ seeking to broker a ceasefire with Israel, but wanting to do it as the PA for both Gaza and the West Bank and therefore did not discuss the Egyptian proposal with Hamas. That was a fatal mistake, certainly for those who died subsequent to that fiasco.

Israel used this unfortunate episode to claim it wanted a ceasefire but that Hamas -which rejected it- did not. Many more hundreds were killed from aerial bombardment. Then, suddenly came the ‘tunnels’. Israel decided that now was the time to find the ‘terror’ tunnels, which it claimed Hamas was planning to use for attacks on civilians. Perhaps they were planning to use them for attacks on military targets? We will never know.

So then came the land incursions. Israel claimed they were designed to destroy the tunnels but in fact the level of Israeli terror rose across the strip. The death rate rose sharply and children died at the rate of one per hour. Two areas on the Eastern side of the strip were brutally and callously levelled. First Shujaia and then Khuza’a were emptied of their residents either through death or expulsion. Scenes of utter devastations greeted both medical and TV crews. Snipers continued to kill.

Then came a sudden change in the PA’s stance. It now shared the conditions of the ‘Resistance’ for a ceasefire and that they were now the ‘Palestinian People’s’ conditions. The PA was losing its grip on the West Bank and its security forces were not as forceful is dispersing demonstrations in support of Gaza. Israel barred Palestinians from reaching Al Alaqsa Mosque and a march to Qalandyia on the 24th of July was met with live rounds, resulting in two deaths and over two hundred injuries.

Israel continued its attack on Gaza. The prospect of a ceasefire was raised again by US Secretary Kerry. His trip to Palestine/Israel ended in failure. Hamas, Israel, the PA, Egypt, Turkey and Qatar were playing a strange game of musical chairs but so far with no winner.

The latest twist at the time of writing was a bizarre US proposal, which would required the resistance to cease fire but would allow Israel to continue its action. It would also not meet the demand for an end to the siege. It seems that neither Israel nor Hamas will accept this.

And so, bizarre as it may seem the issue has become about whether or not to cease fire. In the meantime neither side is willing to take risks and the Palestinians continue to die.

The Palestinians are absolutely right to fear from a ceasefire that does not come with guarantees for an immediate and irreversible lifting of the siege. It is time the siege was lifted. It has not even led to realisation of Israel’s objectives for imposing it. Far from weakening Hamas’ military capability, it has developed tremendously.

In addition, another generation has grown to hate Israel for their predicament. This could make achieving peace that much harder. How could you forgive Israel if you saw your loved ones torn to shreds by Israeli bombs?

Even as talk of a 12-hour Saturday ceasefire was reported, Israel attacked Beit Hanoun Hospital.

They say Israeli children suffer Post Traumatic Stress Disorder, from repeated sirens and running to shelters. I say for them PRSD is treatable, death for Palestinian children in Gaza is terminal. 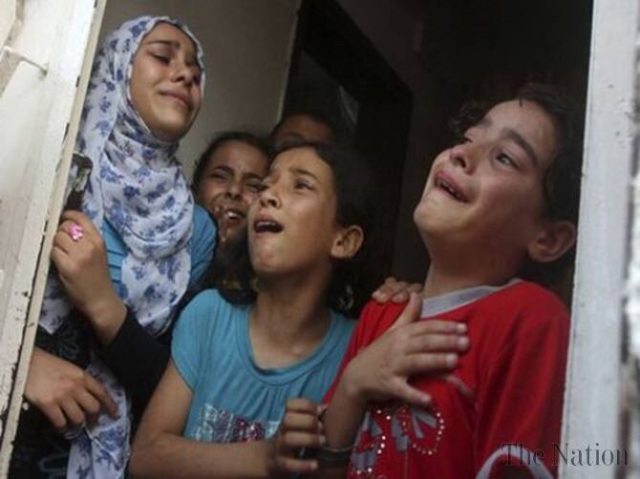