Whatever the real motives, the outcome would be an entrenchment of Israel’s presence in the West Bank. 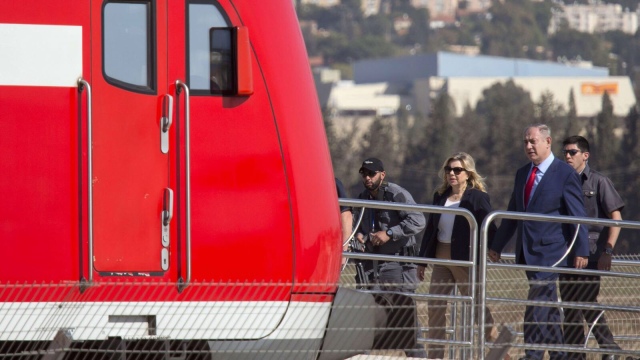 Another brick in the wall. A 2016 file picture shows Israeli Prime Minister Binyamin Netanyahu and his wife Sara during an inauguration ceremony of Hahemek rail line. (AP)

Early in his administration, US President Donald Trump stated that he would support whatever the parties agreed to in relation to a one-state or two-state solution to the Israeli-Palestinian conflict. This was a major departure for the United States, which had consistently stated that the two-state solution was the only way to achieve peace. Former Secretary of State John Kerry had argued in December 2016 that if Israel’s choice was “one state, Israel can either be Jewish or Democratic. It cannot be both.”

During the 2015 election campaign, Israeli Prime Minister Binyamin Netanyahu promised there would be “no Palestinian state under his watch.” His coalition partners agree either implicitly or explicitly that the two-state solution is not on the table, particularly following Trump’s election and the formation of a US negotiating team that is wholly pro-Israeli, both in tone and in action.

The Trump administration is still working on the “ultimate deal” that it claims will be difficult for both Palestinians and Israelis to accept. The undertones to the Palestinians are that this will be for “implementation, not negotiation.”

The United States angered Palestinians by recognising Jerusalem as Israel’s capital and cutting funds to the UN Relief and Works Agency for Palestine Refugees, the agency tasked with delivering services to Palestinian refugees.

Palestinian President Mahmoud Abbas severed ties with the US team, arguing the United States cannot be an honest peace broker having made these two critical decisions. However, his efforts to convince other countries or the European Union to take a lead and his call for an international peace conference to take place in mid-2018 have not borne fruit.

The Great March of Return has seen tens of thousands of Palestinians camp and demonstrate on the Gaza border with Israel calling for implementation of their right of return, which the Israelis met with violence, killing tens of protesters and injuring thousands.

Israel refuses to allow the refugees to return, 70 years since UN Resolution 194 giving them this right was adopted. The Gaza march has highlighted the Palestinian refugee problem to the US team, making it clear that, unless the issue is resolved, there will be no peace, whether in one or two states.

The Palestinian leadership clings to the two-state solution despite the ever-increasing number of settlements and settlers in the West Bank. Israel is making it impossible to achieve. It is expanding settlements and key members of Netanyahu’s coalition, such as Education Minister Naftali Bennett, have called for annexing the West Bank.

In any case, Israel has been acting as if it has sovereignty over the whole of historic Palestine from the Jordan River to the Mediterranean Sea. Its latest project demonstrates this clearly. Reports claim that it is starting construction of a railway that would cross into occupied territory in the West Bank and East Jerusalem.

The three-phase project would see the railway established on 200 hectares of land. Palestinian agricultural land, trees and water sources would be destroyed in the process. The plan includes building 11 West Bank railways with a length of 475km and 30 stations, some of which would be in illegal settlements.

The Palestine Liberation Organisation condemned the Israeli government for the project.

It is likely that the plan would encourage further settlement construction, as housing in illegal colonies is generally cheaper than it is in Israeli towns and cities. This, together with fast railway connections, would lead to more Israelis residing in illegal settlements. Their opportunities for interaction with the Palestinians would be further limited because it is not clear how Israeli security concerns would be addressed to allow Palestinians to use the railway.

Going further, Reuters reported that Israeli Transport Minister Yisrael Katz recently proposed linking Israel’s freight network with Jordan and Saudi Arabia, a project he presented to Trump Middle East Envoy Jason Greenblatt. He claimed this could benefit the Palestinians “If the Palestinians connect to a railway system, the entire area will get a significant economic boost,” he said.

Whatever the real motives, the outcome would be an entrenchment of Israel’s presence in the West Bank and an erosion of the last possibilities for a Palestinian state.

Israel claims it does not want to see one state emerge as a long-term solution to the conflict. However, these projects are a clear indication that it is creating a one-state reality that can either mean equal rights for all in one state or an apartheid state in which Jewish Israelis dominate Palestinians. It is derailing the two-state solution. 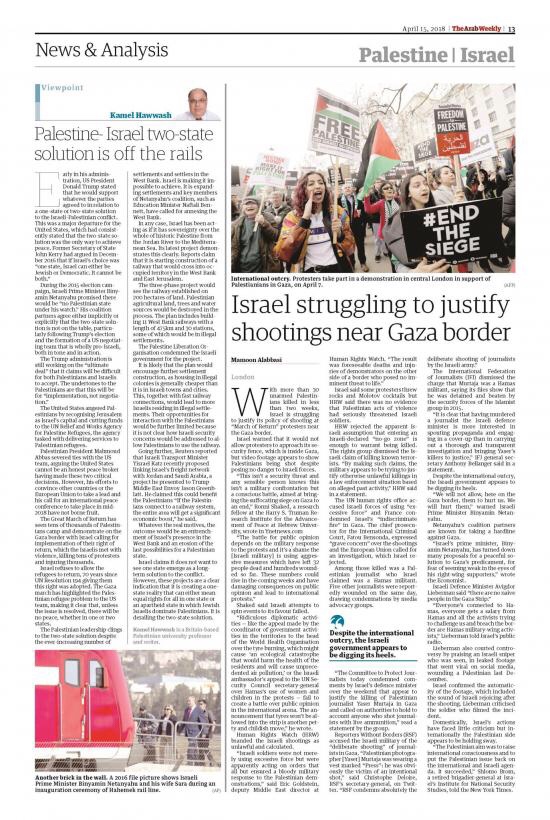