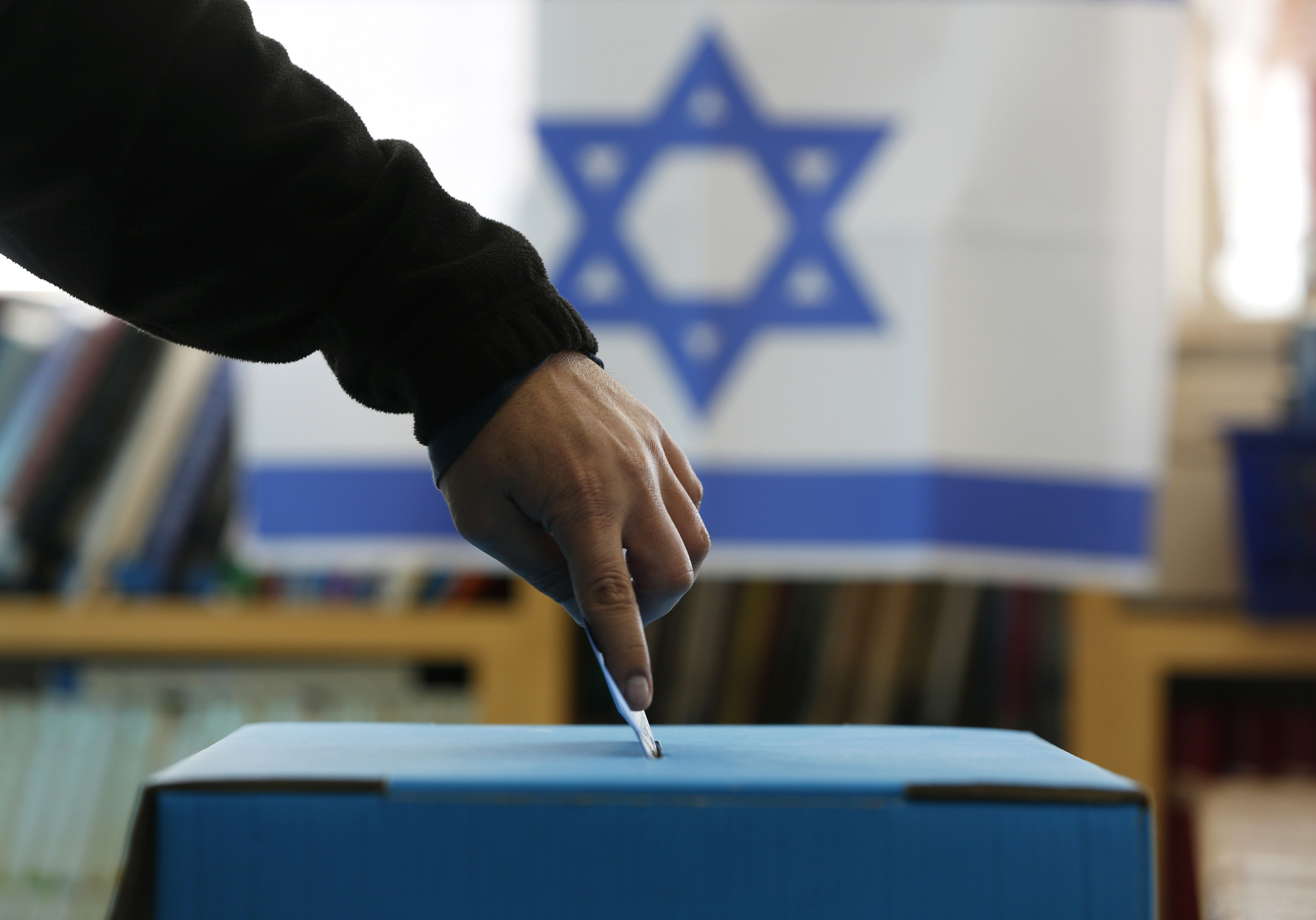 On the 9th of April, Israelis were presented with candidates offering a ‘soft’ or ‘hard’ Apartheid while the Palestinians were ‘ethnically cleansed’ as an issue from the Israeli elections. Neither Gantz nor Netnayhu campaigned on a peace platform. Neither talked about a two-state solution. Both promised to be strong on security but without acknowledging that this will only come through a peaceful resolution to the conflict. Both acted irresponsibly in their rhetoric competing on who would be harder on the Palestinians and both either implicitly or explicitly relying on an American Administration that will not question any of their statements or actions.

Gantz of ‘Blue and White’ disgracefully boasted about the amount of destruction he had heaped on Gaza when he was Chief of the Armed Forces, while Netanyahu presided over the wanton killing over 200 Palestinians at the Gaza fence. Both were involved in actions that UN Human Rights Council investigations found to be war crimes and crimes against humanity.

However, Netanyahu went further as he tried to present himself as ‘the achiever’ for Israelis. He visited Washington to witness US President Trump’s recognition of Israeli sovereignty over the illegally occupied Syrian Golan Heights and made it clear to his host that he would not move one settler out of illegally built settlements in the West Bank. No sooner had he arrived back in Israel than he felt emboldened enough to declare that if elected he would annex the whole of or at least the illegal settlements in the West Bank, depending on which translation of his remarks in Hebrew you take. In addition, Netanyahu ruled out a Palestinian state anywhere as he claimed it would “endanger our existence”.

Regardless of the translation, annexation will happen now Netanyahu has been elected. It may even be with the blessing of Israel’s unwavering and biased ally the US. Asked if Netanyahu’s annexation promise would hurt Trump’s ‘peace plan’, US Secretary of State Mike Pompeo said: “No, I don’t”. This should leave us in no doubt that a Palestinian state is not on the cards. Pompeo emphasised that the Trump administration wanted “a better life” for both Israelis and Palestinians. He added that “Our idea is to put forward a vision that has ideas that are new, that are different, that are unique, that tries to reframe and reshape what’s been an intractable problem.”

In summary, Trump’s peace plan takes Jerusalem, the Golan, the refuges, the settlements and a Palestinian state off the table. This leaves what exactly that would make it ‘the deal of the century’? If one side gets everything and the other, nothing then it is only the deal of the century for one side, Israel and a further catastrophe for the Palestinians. Netanyahu will now take a few weeks to form a government that will continue along the path of denial of Palestinian rights and that will enshrine Israeli Apartheid following the passing of the Nation-State Law on the 19th of July of last year. We will also sadly see many more Palestinians fall victim to Israeli terror. In the face of this relentless attack on their rights and dismissal of their legitimate claims, it is necessary to ask just what has the Palestinian leadership been doing pre, during and post-Israeli elections? I am loathed to site a Donald Trump election slogan here, but it has been ‘low energy’. However, with all the challenges the Palestinians are facing the leadership has been rather quiet, confining its activity to condemnation of American and Israeli actions. However, the Palestinian leadership chose this moment in time to form a new government. Palestinian President Abbas appointed a Fatah man, Mohammed Ishtayeh for the task of forming a government, which excluded all the major players.

While the new Government is tasked with tackling the issue of the division between Hamas and Fatah, it is devoid of ministers from any other political parties including Hamas. It is certainly not a unity Government and it is not clear how it will work to achieve unity, badly needed by the Palestinians both politically and socially. Embarrassingly for the PA, the swearing-in ceremony had to be repeated a day after the initial one due to the oath of Office being incomplete.

The Palestinian government faces mammoth challenges, perhaps the biggest of which is the challenge of unifying the Palestinians. The division between Fatah and Hamas, which has translated its self geographically into Gaza and the West Bank appears to be as deep as ever. The leaderships of the two main parties appear to be incapable of finding a way to rise above their differences to face the impending catastrophe that I contend is as serious as the Nakba.

The Trump Administration is about to unveil its much delayed ‘deal of the century’ at a golden time for Israel when its wishes, all of which are in breach of international law are granted approval by the world’s only superpower. It is effectively a surrender Accord, funded by some of the Gulf States.

Trump has disrupted the dynamics of the over 20-year-old peace process through his actions. However, the Palestinians continue to insist on what now appears to be unachievable, a two-state solution. Their attempt to ‘internationalise the conflict’ appears to be faltering. Their hope that the ICC will pursue what they consider Israeli war crimes in the Hague suffered a blow when the ICC judges recently turned down the Chief Prosecutor’s request to open a probe into possible American war crimes in Afghanistan. This follows threats from US National Security Advisor John Bolton to the ICC not to open any investigations into American or Israeli war crimes.

It is therefore now time for the Palestinians to change course and cause some disruption to the status quo of their own. They can start with the implementation of decisions already taken by the Palestinian National Council and Palestinian Central Council to end security cooperation with their occupier, withdraw recognition of Israel and end the sanctions imposed on Gaza. With no prospect of a two-state solution in sight and a claim by Netanyahu that no settlers will be removed from illegal settlements and that security West of the River Jordan will remain under Israeli control, the reality is one state.

Israel is content with an Apartheid state, but the Palestinians and the world should not accept this. The PLO can serve notice that its sacrifice of acceding to an unjust two-state solution is implemented within a year, the PA will be dissolved and the call for equal rights for all who live between the river and the sea will be the Palestinian strategy.

The status quo and the direction of travel are unacceptable to Palestinians. Time for calculated disruption.